Many thanks to EEHLFA for this article

If you have any queries regarding your service charges and would like assistance please contact EEHLFA (EastEndHomes Leaseholders and Freeholders’ Association).

The 2011 / 2012 final demand has a slightly different layout to last year, and we think makes some of the individual charges clearer.  The changes are probably due to questions raised by leaseholders on last years demands.

The cost centres appear to be split into three categories –

It is likely that property owners will have different views on the best basis of calculation – if based on all of EEH estates you can see the total expenditure, and if on a local basis it should make it easier to examine work schedules and also judge if receiving value for money.  Let us have your thoughts on which you think is best and also what information you are able to obtain from EEH.

Administration charge
One of the differences you will notice between the estimated charges and final charges for 2011 / 2012 is that the Administration Charge has been added to the Housing Management Charge in the final service charge breakdown but was not added in the estimated charges.   In an LVT decision with Gordon House in July 2010, the LVT said that EEH could not add the 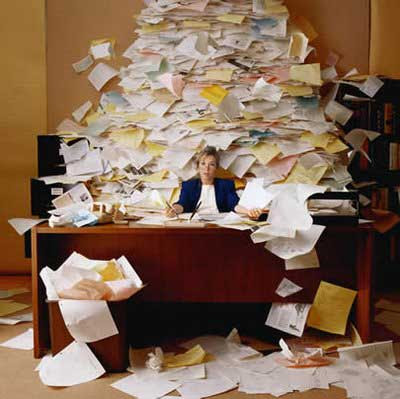 10% to the Housing Management Charge as it would amount to double recovery. We would be interested to hear why EEH thinks it can now make this charge.

The administration charge has also been added to the Buildings Insurance cost, which it does not appear to have been in the previous year.  With the average combined costs of these around £300 this adds circa £36 to the administration fee.

We think changes to the basis of calculations should be highlighted and an explanation provided – and would ask that EEH does this in future.

As to the individual headings –

Improvement Team
The accompanying notes say there are 3 permanent staff and previously this was included in the caretaking charge.   With the description of the tasks being undertaken appearing to be within individual blocks some leaseholders have said that they would expect this to be allocated according to the time spent on the individual blocks, similar to block caretaking charges.  Please let us have your thoughts on this.

Have you seen this team working on your block or estate?

Buildings Insurance
The accompanying notes say this is insured under one policy, however we would still expect costs to be calculated for each individual block taking account of that block’s risk, rebuild costs and claims experience.  Details of block sum assured and cost attributable to individual leaseholder’s block should be available.

On the 1 October 2011, the ownership and maintenance for private sewers and lateral drains were transferred to the water and sewerage companies.   In effect this means from the time the sewer goes into a shared drain – normally the lateral drain – it becomes the responsibility of the water and sewage companies and they will clear any blockages. As a result of this we would expect to see a significant reduction in drainage charges after the 1 October 2011.

The water companies did increase water and sewage rates for individual flat owners to cover the cost of this maintenance.

The drainage charge currently appears in estate charges – over the last few years there have been a couple of LVT hearings, one where it was decided that drainage charges should be treated as a block cost and one where it was decided that they should be an estate cost.  In the hearing where it was ruled that drainage costs should be allocated as an estate costs it was said that it could be difficult to “clearly identify the source of a particular issue”.   As the water and sewage companies now take responsibility for clearing blockages in the lateral drains this is no longer the position.  EEH have responsibility for clearing the common drains between the flats up to the lateral drains and therefore it is possible to identify where the problem arises and we would expect this cost to be allocated to block costs where there are chargeable drain costs.

If you have asked EEH for a breakdown of the drain costs, and have received these, and would like help in reviewing them please contact us.

Housing Centre
Some leaseholders have asked why the percentage for this is different to the other estate charges. In the notes EEH say that freeholders and commercial units do not benefit from this service – this appears to be a change from previously, and also from the breakdown for the estimated service charges for 2012 / 2013.

You may consider asking EEH –

Development Contribution
We have been asked at what stage can leaseholders expect to receive the development contribution referred to in the service charge demand. The accompanying notes say a contribution of £100 per property is to be paid towards estate services by EEH’s development partner, and this will be payable whilst they are building and selling new properties on your estate.

Are new flats being built or sold on your estate?

Does your service charge include a payment in respect of a Development Contribution – if so how much?

From the accompanying notes can it be assumed that this is an ex gratia payment, or is it in respect of estate or other services being provided that are not mentioned?

At what stage of the build or completion process will these properties start paying service charges towards estate charges based on their square footage?

If you have new properties being built or sold on your estate you may wish to raise these questions with EEH.

Do you have new properties being built near your block – Are the builders taking an electricity supply from the communal energy supply for their equipment and lighting – is this being metered?

If you have any concerns on this you should ask EEH for details of the breakdown of costs etc.

Estate Caretaking and Block Caretaking
Now these have been separated leaseholders can assess what part of their service charges are being used for cleaning the communal areas  inside their block (block charges) and the outside communal areas (estate charges) of the estate where their block is situated.  We suggest you divide these costs by 52 weeks to give you the weekly costs, and then divide this figure by the number of days that the premises are cleaned.  Are the resultant figures consistent with the amount of time you see staff cleaning your block and estate?

Administration Charge and Fuel Charges
Also in the LVT decision in July 2010 the LVT said that it considered it inappropriate to add 10% to the Heating Charges for management as this is not a service charge within the terms of the lease.
We have had feedback that some leaseholders are confused re the Fuel Charge and Administration Charge. Some leaseholders have reported that this charge has not been added to the fuel charge. We have also been advised by leaseholders that a charge has been included for Communal Heating R & M (with an admin charge added) – and their block does not have any communal heating.
It is worth checking your service charges to see if an Admin Charge has been added, and if it has, also check your lease to see if it is correct under the terms of the lease.
We are talking to other leaseholders and will provide further feedback as we obtain further information.

For the other headings we would suggest you consider the costs of these and if you think you are receiving value for money – if you have any doubts ask EEH for a breakdown of the costs.

EEHLFA believe the content of this article to be accurate, but if you notice anything you believe to be incorrect please contact them and they will be happy to discuss and correct if an error has been made.